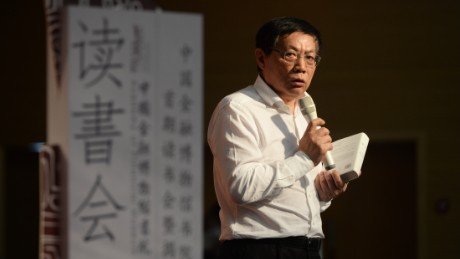 Chinese billionaire who criticized President Xi Jinping’s way of handling the covid-19 has been jailed for 18 years on corruption charges, a court said Tuesday.Ren Zhiqiang, a retired real-estate tycoon with close ties to senior Chinese officials, disappeared in the month of March afer he had allegedly penned a scathing write up that month criticizing Xi’s response to the coronavirus epidemic. He was later charged with corruption-related offenses.On Tuesday, a court in Beijing found Ren guilty on multiple charges, including embezzling some $16.3 million (110.6 million yuan) in public funds, accepting bribes, and abuse of power that caused losses totaling $17.2 million (116.7 million yuan) for the state-owned property company that he once headed.Judges sentenced him to 18 years in prison and imposed a fine of $620,000 (4.2 million yuan). The court said he “voluntarily confessed all of his crimes” and “was willing to accept the court’s verdict after all of his illegal gains were recovered.”China’s court system has a conviction rate of around 99%, according to legal observers, the corruption charges are often used to go after Communist Party insiders who fall afoul of the leadership.Ren’s conviction and heavy sentence appears designed to send a message to other members of the Chinese elite that any public criticism or defiance of Xi will not be tolerated, as Beijing continues to deal with the fallout of the pandemic and faces intense international pressure from Washington and others.

He was Born into the Communist Party’s ruling elite, the 69-year-old Ren had often been outspoken on Chinese politics, far more than is usually allowed in the authoritarian state.His forthrightness earned him the nickname “The Cannon” on Chinese social media